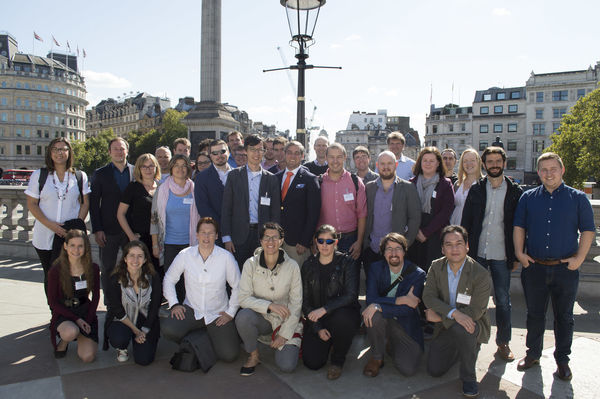 The first conference on Nuclear Physics for the Next Generation (NPNG 2018) was held at the Notre Dame International Gateway in London, U.K. from September 25-27. Thirty-nine early-career nuclear physicists participated in this invitation-only meeting to envision the future of nuclear physics, form new collaborations, and support each other at the early-career stage. The meeting also facilitated closer connection between the North American and European nuclear physics communities, and the London International Gateway was an ideal location for the meeting.

Feedback from the participants was resoundingly positive: “I found it extremely interesting and thought-provoking…”, and, “I really enjoyed the optimism that permeated it, and might end up collaborating with a couple of folks on some work.” The meeting was successful and discussions for the next meeting have already started. The meeting was organized by Prof. Tan Ahn and Prof. Gavin Lotay in a collaboration between the University of Notre Dame and the University of Surrey. It was sponsored by the College of Science, the Office of Research, and the Department of Physics.