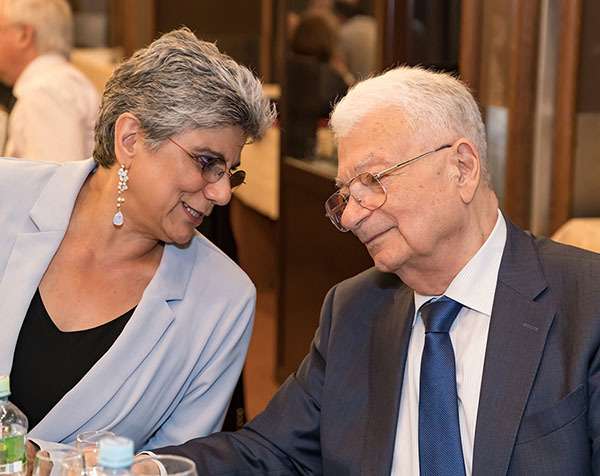 Aprahamian’s talk titled “Super heavies and the r-process,” was given on May 31. The photo shows Aprahamian at the symposium with the only living person with an element named for him, Prof. Yuri Oganesson of Dubna’s Flerov Laboratory. Oganesson was responsible for the discovery of the last 6 new elements added to the Periodic table, and element Oganesson with Z=118 is named for him.