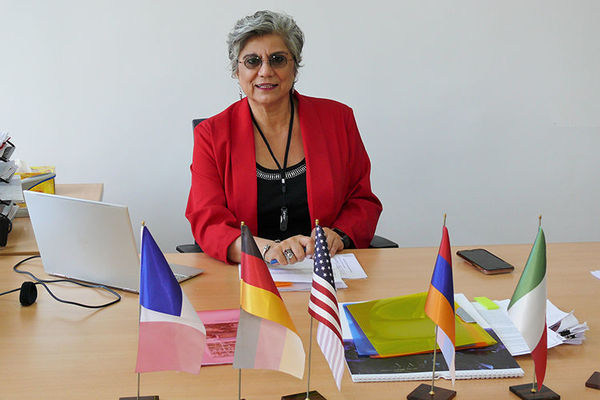 The University of Notre Dame Freimann Professor of Physics Ani Aprahamian was the  keynote speaker for the graduate commencement ceremony at the American University of Armenia (AUA) on June 8, 2019 in Yerevan, Armenia. Aprahamian is also Director of the A. Alikhanyan National Laboratory (AANL) of Armenia. She congratulated the graduates on the special occasion and encouraged them to join the group of young scientists at the AANL (formerly Yerevan Physics Institute, YerPhI) to reshape the institution as an important player in the transformation of Armenia and science.

The AUA was founded on the same day that Armenia declared independence from the Soviet Union. This year was the 27th commencement of AUA with over 500  undergraduate and graduate students received their bachelor’s and master’s degrees. Family and friends of graduates filled the Large Auditorium, along with AUA Trustees, representatives of foreign missions in Armenia, representatives from local and foreign organizations, other invited guests, as well as AUA faculty and staff.

Full story from the AUA web page can be found here.