From January to early June the seven Compton suppressed germanium clover detectors were at the Nuclear Science Lab, where they were utilized for a variety of experiments. During this campaign the detectors were used for four different experiments at various locations in a multitude of configurations that made the most of each setup. The experiments covered a wide range of nuclei: from probing the levels in 19Ne using the 19F(3He,t) reaction and 7Be via Coulomb excitation, to extracting gamma-strength function of 90Zr via gamma-gamma coincidences from proton capture on 89Y and a search for 0+ states in 154Gd using electron-gamma coincidences following a 152Sm(a,2n) reaction.

For all those experiments the clover detectors were combined with other detector systems at NSL (TwinSol, ICEBall, DE-E silicon array) providing a unique opportunity for these type of measurements.

From Notre Dame the clovers will travel to Osaka, Japan for another few-month campaign. 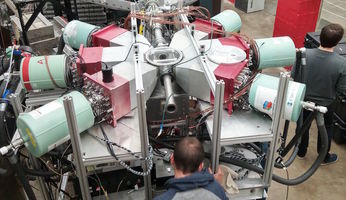 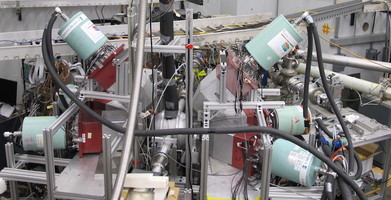